HEIapply empowers institutions worldwide to offer applicants world-class customer engagement through an elegant applicant journey, so we’ve just released a whole new look to our Support Desk to raise our own customer engagement standards even higher! Providing a paperless online solution, HEIapply manages the end-to-end applicant journey from registration of an enquiry, through the application […]

HEIapply empowers institutions worldwide to enable the ultimate applicant journey. The web-based admissions platform has just released Bulk Emails functionality as part of the package. Providing a paperless online solution, HEIapply manages the end-to-end applicant journey from registration of an enquiry, through the application process, up to the point of enrolment. The Bulk Emails feature is […]

People who are talking about us after Bett 2017

We’ve had a brilliant start to 2017 empowering institutions worldwide to enable the ultimate applicant journey by introducing HEIapply, connecting online via Social media and offline via Bett. Over the years, we’ve transformed the applications processes in Further Education (at Ravensbourne, London), and reached for Higher Education with International Admissions at (Aston University, UK). Not stopping there, we have simplified […]

Outstanding students from over 50 countries will be competing for 800 seats in the Harvard Summer School program and 100 of these seats have been allocated to Saudi students due to the collaboration established between Harvard University & the MiSK Foundation. On the 1st of January 2017, the MiSK Foundation went live on the HEIapply […]

‘And this year’s Technology Award for Birmingham Young Professional of the Year goes to Simon Kaguramamba.’ It was a gruelling session with a judging panel comprising of some of the top, leading business people in the West Midlands at KMPG Headquarters in Birmingham. Simon fought with serious competition in another 300 nominees until he lifted […]

Following the retirement of Adobe FormsCentral, many an organisation embarked on a journey to find a suitable replacement. Some saw no way but to shift back in time to an era of paper and pen. Picture this: you deal with around 50 applicant submissions each week to a Dance Course programme you’re running. The applicant […] 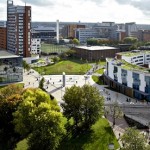 Adobe completely retired its FormsCentral software tool on July 28th 2015 after about three years on the web form builder market. Adobe cited lack of interest and less uptake than expected (despite the enthusiasm of many users) as the reason behind the closedown. The company’s retirement plan is to focus on continuing to provide world-class […]

What other customers are saying...

"Our ideas were listened to and taken on board, the HEIapply team also offered their own spin on things to make it even better and I have been extremely happy with the system"